The Milwaukee County District Attorney’s Office has dropped first-degree reckless homicide charges against a 16-year-old represented by firm partner Richard Hart. Matthew McMillan is now home after being held in custody following the fatal shooting of 14-year-old Tariq Akbar in 2015 after a fireworks display. McMillan was facing the possibility of up to 45 years in prison and 20 years of supervision had he been convicted. 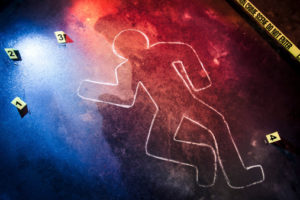 From the start, our firm vigorously defended Matthew, building a strong case to support the fact that he was not at the scene of the crime when the victim was shot. Though we had several witnesses prepared to testify on our client’s behalf, prosecutors persisted in bringing charges based largely on hearsay found in social media postings. But before the jury was to be sworn in, problems with three essential prosecution witnesses led to the state’s motion to dismiss the case, which was granted by Judge Jeffrey Wagner.

In contrast to the defense developed by our firm, the prosecution led by Assistant District Attorney Grant Huebner had trouble throughout the case locating witnesses to back up the state’s allegations. Huebner claimed that the people he had lined up to testify, including the victim’s own brother, were either unavailable or unwilling to say that Matthew had committed the crime in question. After conducting a thorough investigation, we found the accusations against him were based on Facebook postings and speculation. Accordingly, we were confident about our chances for a successful verdict and would not accept a plea agreement.

If you or a family member has been charged with a crime, choosing the right attorney can be the difference between an unjust sentence and a successful resolution. Our criminal defense attorneys at Hart Law Office are aggressive advocates for our clients’ rights throughout the law enforcement process. For help with a criminal matter, call us at 414-271-1775 or contact us online to schedule a free consultation.

Q: What is a divorce?

A: A divorce is the legal termination of marriage. All states require a spouse to identify a legal reason for requesting a divorce when filing the divorce papers with the court. The reasons given when filing are referred to as the grounds for divorce.